Odd Pregnancy Cravings and What They Mean 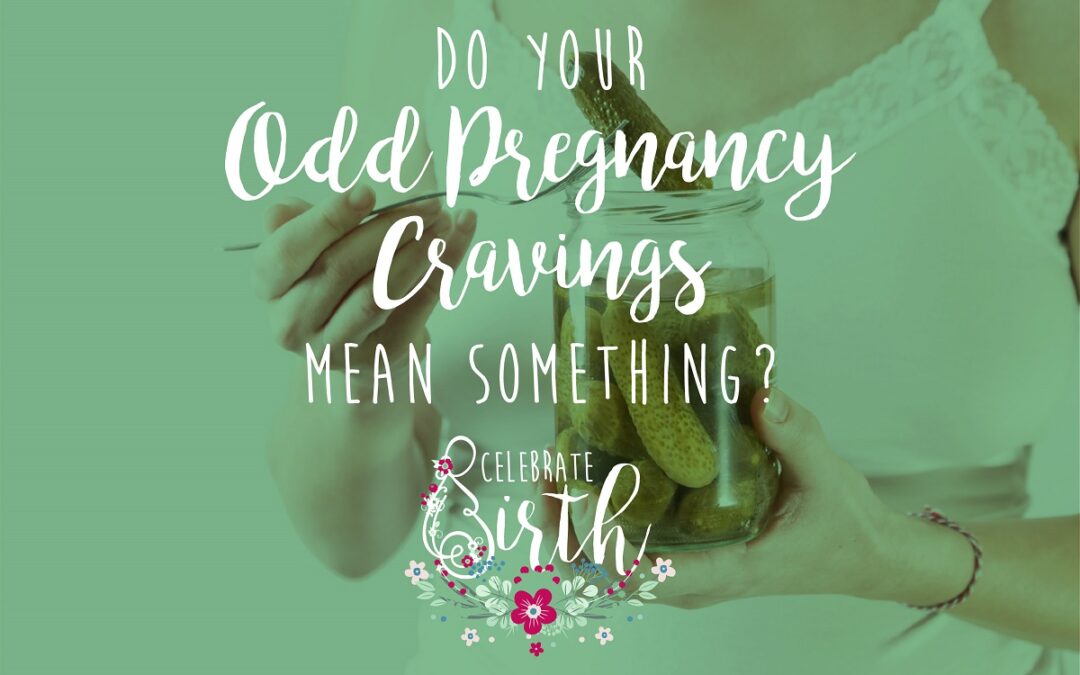 Cravings during pregnancy are natural. Some people joke about needing pickles and ice cream while others crave buckets and buckets of fruit. A handful of pregnancy cravings extend beyond cheese fries and chocolate cake, though. A good percentage of pregnant women find themselves having odder cravings for items such as dirt or chalk. Many of these seemingly weird cravings have very normal causes, however, and by speaking with your midwife and making small changes to your diet, you can get a handle on these cravings.

Chalk is a common craving for many women. It’s an example of pica, a craving for an unusual non-food item that has little to no nutritional value. Many pregnant women confess to buying boxes of chalk to help satisfy this. While most chalk does tend to be non-toxic, it’s probably best to either fight it or keep a bottle of Tums on hand and take one if the craving gets a little too intense. As to the reason behind this pica, there tends to be a bit of a divide amongst professionals. Some think that the craving has no purpose while others think it might be tied to a vitamin deficiency. If you find yourself wanting to down a box of Crayola chalk, it might be tied to anemia or another similar issue.

Just like with chalk, some professionals think there is no rhyme or reason to this pica. Others, however, think the desire to have a literal dirt cake is due to anemia. Some people have theorized that the craving for dirt might have other unique purposes as well. Your body is smart and is constantly trying to find ways to protect itself from sickness. Items like clay and dirt can act as a filter to block out bad toxins and pathogens. This seems to be supported by the fact that often, the people who experience this craving the strongest, such as residents of tropical regions and pregnant women, are also very prone to illness. Dirt is also said to help the body fight off morning sickness.
Despite all of this, it may not be time to unpot the pansies just yet. Soil and dirt might help combat some illnesses but can introduce some other nasty bacteria in the process. A leafy green salad might be a better way to rid yourself of the craving while also loading up on some iron and other vitamins.

The craving for ash, specifically cigarette ash, is more common than you might think. For expected reasons, however, you reallywant to fight this craving! Many experts agree that this version of pica could be your body showing a need for potassium. If you’re fighting this craving, drop the ashtray and pick up a banana instead.

Ice chips aren’t just popular during labor. Many women find themselves wanting to munch down on ice cubes like popcorn. While this can be a little harsh on your teeth, there’s not much harm in indulging in this. Still, it’s worth to note that ice cravings can also be linked to anemia. Your mouth, especially your tongue, can tend to be inflamed when you’re dealing with an iron deficiency. Taking in ice can help the swelling while also providing some hydration. Just be gentle on your poor teeth since pregnancy can already take a toll on them.

If you find yourself dealing with pica, you’re not alone. Up to 20% of pregnant women find themselves dealing with non-food cravings at one point or another. If this is the case, make sure to reach out to your midwife or doctor. They can give you some advice, perform any necessary labs, and let you know what your body might be trying to tell you! And if you’re still searching for the right medical care, reach out to us at Celebrate Birth. We would love to work with you and give you information on all of your pregnancy questions.